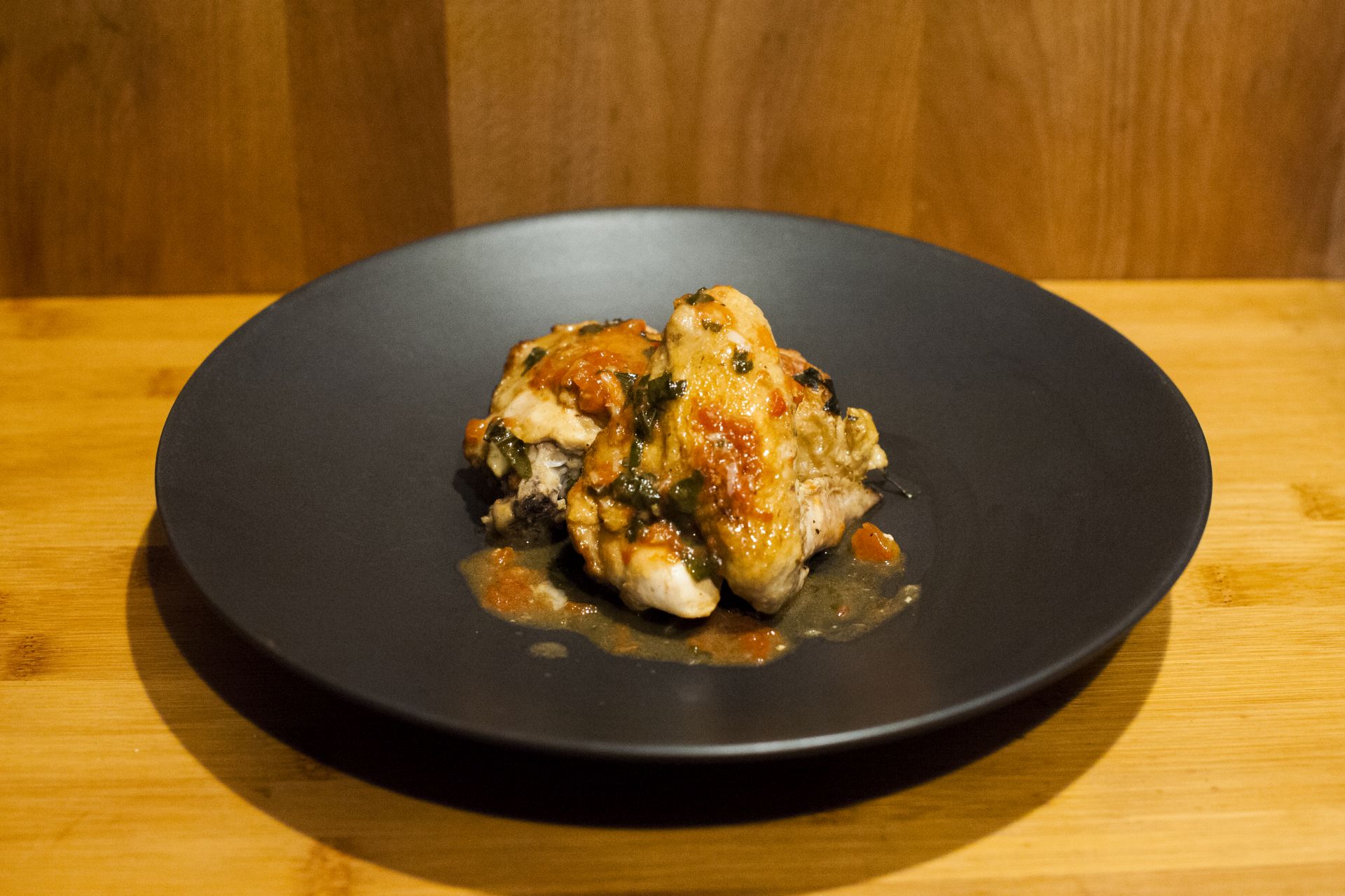 Once again, Food & Wine Magazine succeeds at enticing me to flip through their pages for recipes. The September 2018 issue is titled “The 40 Best-Ever Recipes from Food & Wine”. That is quite the statement.

As I browsed the myriad of recipes, one caught my eye. Poulet au Vinaigre by Paul Bocuse. The ingredients list is shockingly small and simple, and it didn’t look too complicated. How could this be? French cuisine is always si compliqué! Maybe this is why he was such a celebrated chef. He knew how to make simple things taste amazing.

I remember watching a video where a French chef (I think Jacques Pépin?) masterfully cut up a whole chicken into neat pieces and I thought, I should be able to do that too! Boy do they make that look easy. I cut up the chicken while looking at the directions as written in Thomas Keller’s Ad Hoc at Home cookbook but it didn’t go too well. Granted, it was my first ever crack at it so maybe I should cut myself some slack. Of course, you do have the option of buying those pre-cut whole chickens, but not every supermarket has those available.

Anyway, the only tedious part of this recipe was cutting up the tomatoes, really. It had to be peeled, cored, and seeded. I only had to cut up about 2 and a half tomatoes but still it felt like an eternity. As I stood there peeling and seeding, I kept wondering if this is the kind of thing one has to do all day when working as a line cook. Not to mention the pressure, the hustle and bustle, and preparing not just a few tomatoes but a ton of them. I think I’ll stick to feeding just my household for now.

In the directions it says to have a pan big enough to fit all the pieces of the chicken. Fortunately I had a 15″ cast iron skillet which was big enough. However it later said to put a lid on it and that’s when I realized I was in trouble. I had no lid big enough to fit the big pan. So I settled on using whatever was the biggest lid I had and sort of set it on the chicken. The other problem with using a large pan is that when you have a terrible electric burner like I do, it only heats up the middle of the pan. So instead of flipping the chicken only once as it says in the directions, some rotating and shifting around will also have to be done.

Another blunder I had was forgetting to put the garlic in with the butter. As I went along in the recipe I thought, so when does the garlic go in? Uh…right at the beginning. I also took the easy way out by taking the alternative butter+peanut oil instead of clarifying the butter. So, with the lid not being big enough, forgetting the garlic at the beginning, and not clarifying the butter, I felt like I could almost hear Paul Bocuse yelling at me from the heavens. Please forgive me, I am but a lowly home cook!