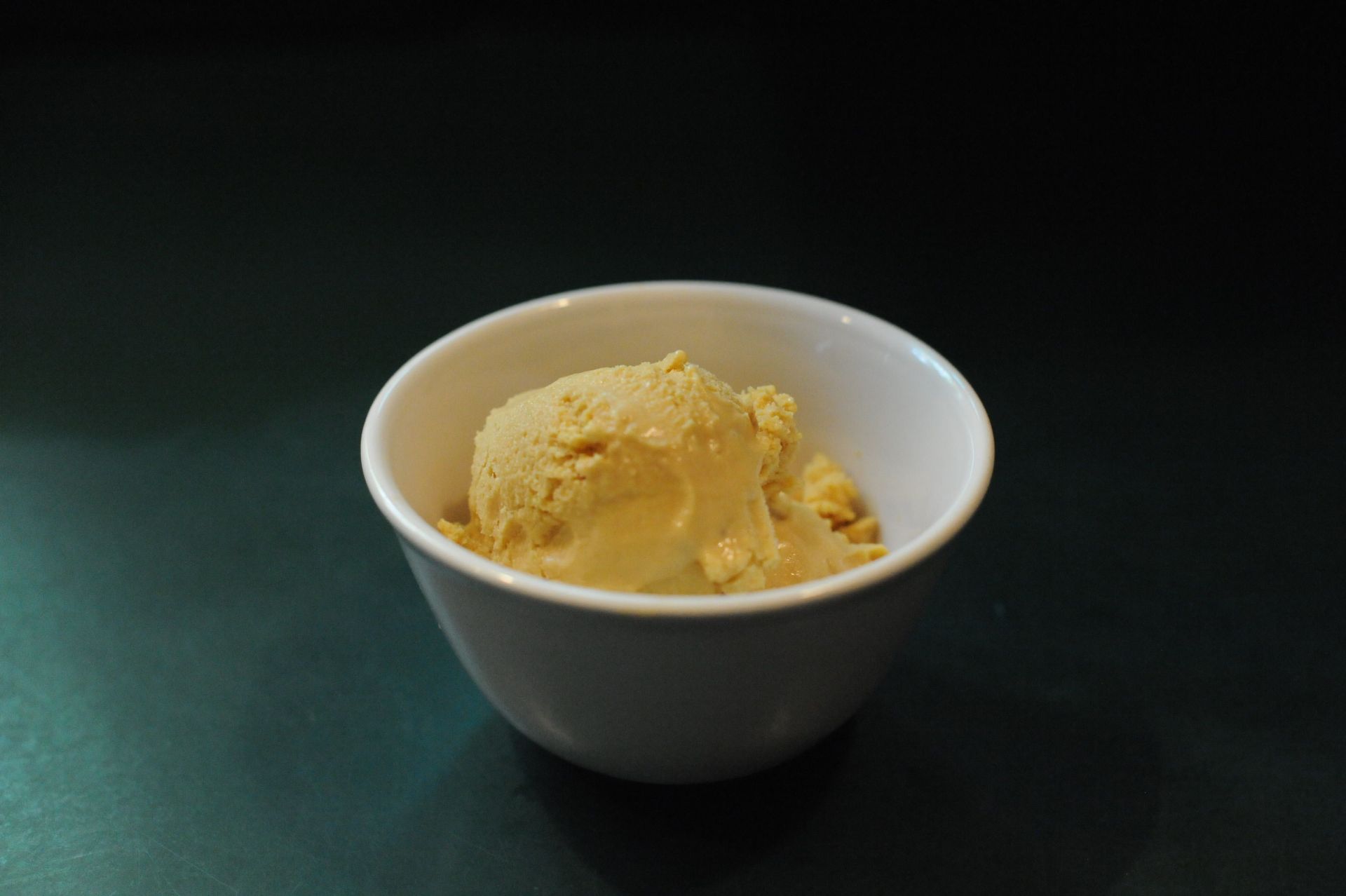 The steps in this caramel ice cream recipe were pretty standard. There were no surprises with the caramel or the custard. The one thing that was a little unexpected was that the batter (after chilling in the fridge for 12 hours) did not turn into a soft serve texture after being in the ice cream maker for what felt like forever.

I don’t use a timer when making ice cream because I’m used to just visually checking on it every so often. When I see it expand over the paddle and it looks like soft serve I stop it and put it in a container to freeze. This whole process usually takes about 15 minutes. With this recipe, it did expand, but it was still a thick sauce-like texture. I ran the ice cream maker for much longer than usual (it was a pretty cool day so heat wasn’t the problem) and I could see the bowl starting to sweat so I knew that leaving it in there any longer wasn’t going to improve the situation. I poured it into a container in its soupy state and hoped for the best.

The next morning I nervously opened the container (will 10 egg yolks go to waste?!!)…and the result was delightful. It froze into a nice fluffy but rich texture, and the flavor…wow. Once again, Thomas Keller did not disappoint. This is a very rich ice cream and every bite is heavenly!