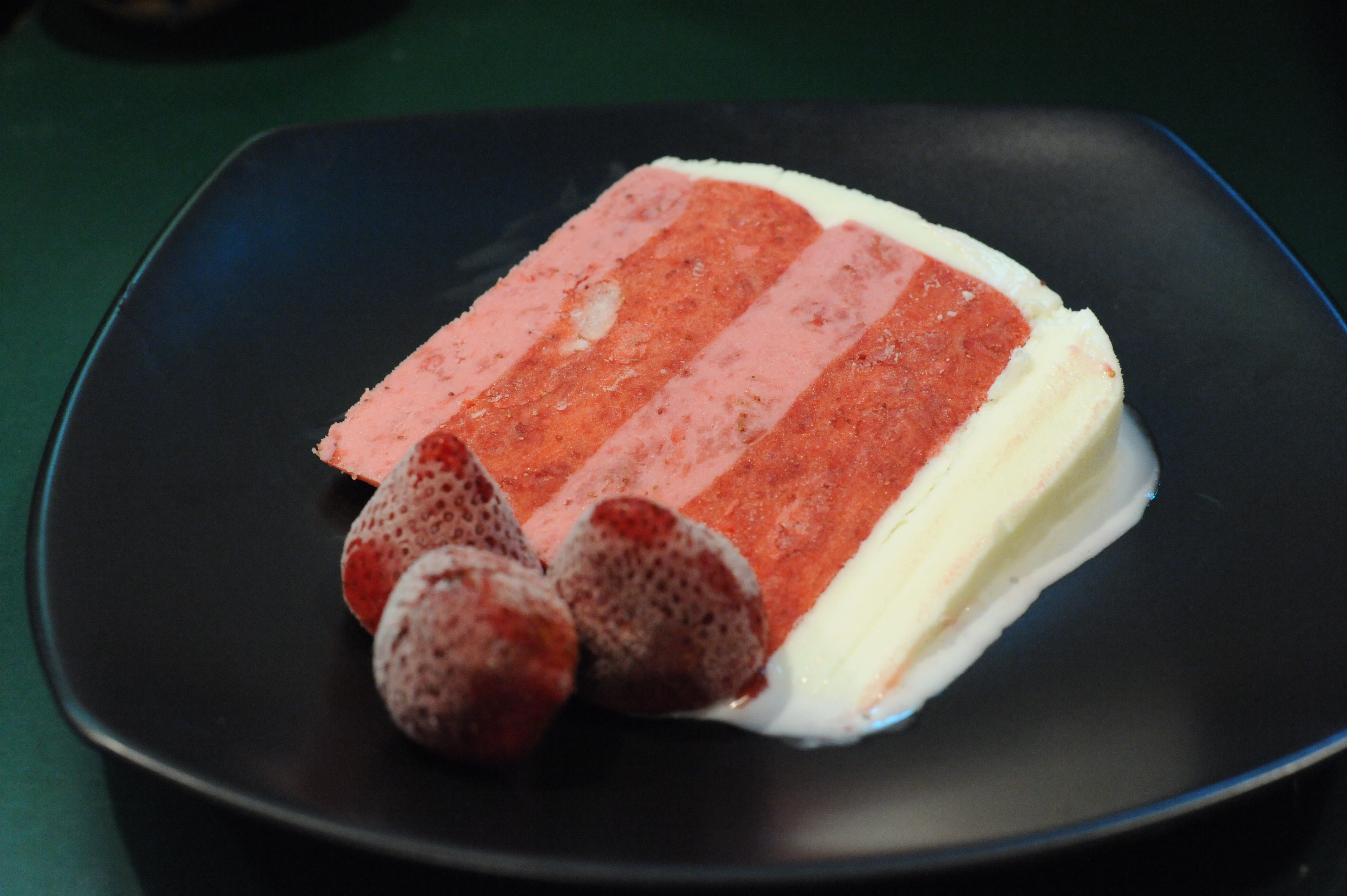 This recipe is Jon Snyder’s Strawberries and Cream Gelato Cake and is the cover feature for the June 2018 issue of Food and Wine Magazine. As soon as I took the magazine out of the mailbox and saw the cover, I just had to have it. The team at Food and Wine Magazine that comes up with these delectable-looking covers every month does a good job at suckering in people like me.

After browsing through the recipe, I knew this was going to be an epic amount of work. The recipe does say “…or favorite store-bought sorbet/gelato or ice cream” but on top of having an aversion to buying ready-made food products, what’s the point of an ice cream cake recipe if it’s just store-bought ice cream mushed together?!!

As expected, this was a lot of work. Between making the batter, churning it in the ice cream maker, cleaning the bowl, refreezing the bowl (each sorbet/gelato was divided in half and churned, so all together six times), then making a layer, freezing, adding a layer, freezing etc., it basically took me a week to make this. If I were to do this again I would make the strawberry gelato and sorbet at half the recipe and the sour cream gelato the same.

The strawberry sorbet was packed with strawberry flavor. I bet there is a good reason the strawberries are mashed instead of blended or chopped. This surprisingly was my very first time making sorbet and I was shocked at how easy it was. It churned well and froze well with just two ingredients: strawberries and sugar. Unfortunately I didn’t have a potato masher so I used a meat pounder instead. The meat pounder works well for what it’s intended to do but since it’s solid and doesn’t have the grated design of a potato masher the strawberries kept slipping out. In hindsight I should have just used a fork…

Despite the magnitude of the full recipe, I was happy with the results and it is an impressive cake to show off at a gathering.