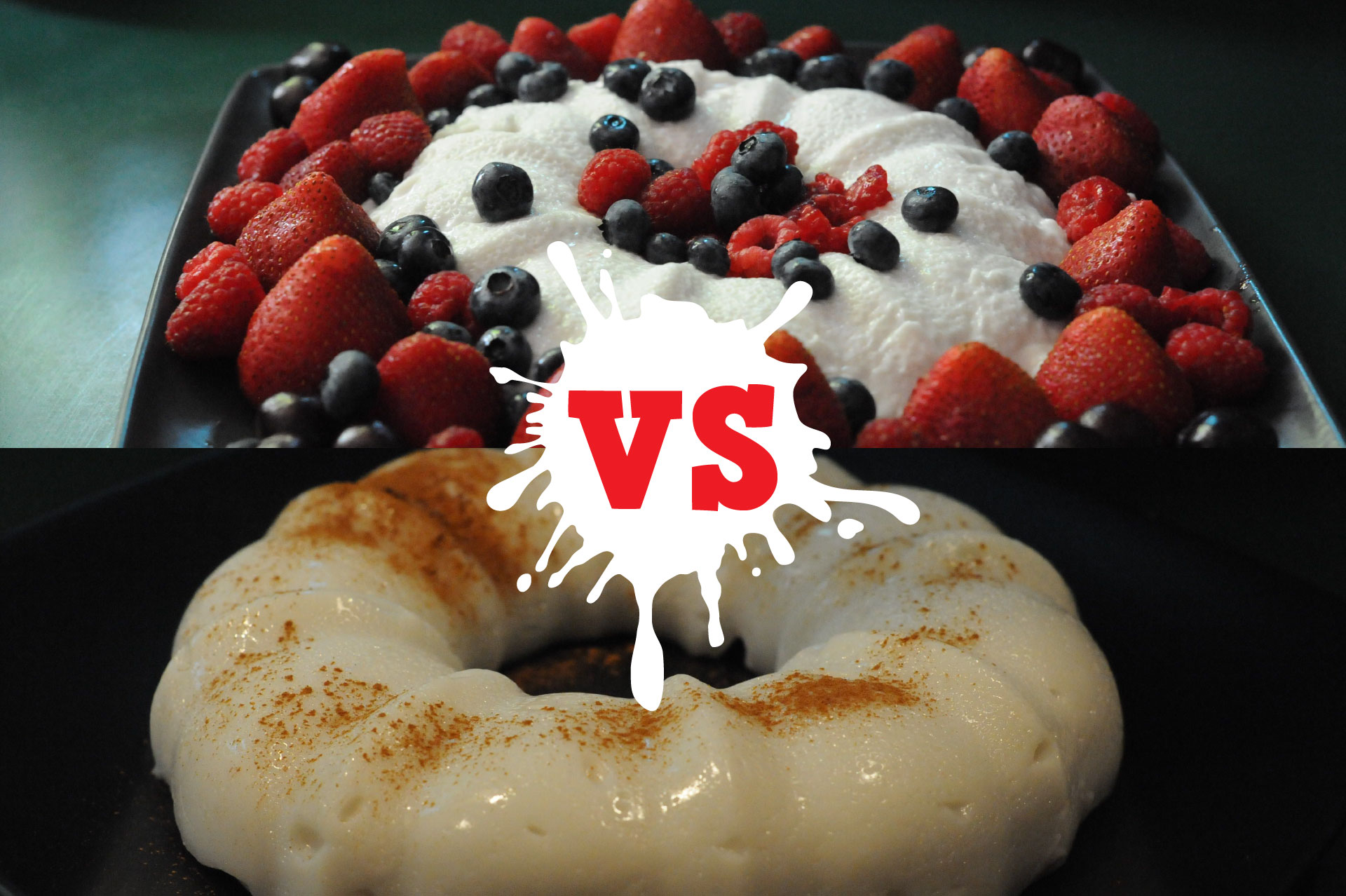 I think I’ve developed a mild obsession with Tembleque. Tembleque, which apparently means “wiggly” or “wobbly” in Spanish, is a Puerto Rican coconut pudding dessert. I initially saw something about Tembleque on Flipboard and was intrigued by its simplicity. I did a search for “Tembleque recipe” and pretty much attempted the first thing that came up which was a recipe by JoGuzman0820 on allrecipes.com. The ingredients and steps are extremely easy, but it was the texture that did not quite satisfy me, so I set out to find another recipe and did a search this time for “recetas Tembleque” hoping for a more “authentic” take on it. They all seem to have the same basic ingredients: coconut milk, sugar, cornstarch, and salt. The recipe I decided to go with under the “recetas Tembleque” search was by Andy Tous on the Recetas de Puerto Rico website.

So the reason why I say “mild obsession” is not only because I ate it with every meal everyday for a week, but because I obsessed over the texture and getting it just right. Well, getting it “right” is probably not accurate because what a Puerto Rican envisions as Tembleque may not be what I envision a Tembleque should be.

What both recipes tell you is to stir and cook until thick. However, thick can be a very relative term. For example, a cream sauce can be thick, but so can custard. In my head, a thick custard is more thick than a cream sauce. So how thick is right?

The first time I made Tembleque was with JoGuzman0820’s recipe. I stopped stirring and cooking when I thought it was thick enough, basically like custard. But after I chilled it completely and then unmolded it, it kind of went splat. Ok, it wasn’t like I ended up with sauce, but it still wasn’t the wiggly molded pudding I was hoping it would be. It was more like the custard in a trifle. It tasted good though (served here with a patriotic fruit combination for the Fourth of July) so I wanted to attempt it again.

I had to check and re-check the calculation to make sure I wasn’t mistaken, but Tous’ recipe uses a lot more sugar, corn starch, and salt. JoGuzman0820 uses only 3/4 cup sugar, 1/4 tsp. salt, and 1/2 cup cornstarch for the same amount of coconut milk.

The result? The Tembleque made with Tous’ recipe retained its molded shape much better but it was a little salty and the texture was like a soft Mizu Yōkan than a wobbly pudding. For those who have never had Mizu Yōkan, it’s a Japanese bean jelly dessert that is soft and bean-y for a lack of a better description. Tous’ recipe also adds cinnamon sticks to the boil, but frankly it didn’t make a big enough difference in taste for me.

Since I wasn’t completely satisfied with the texture, I did a search for “Tembleque recipe tapioca starch” to see what comes up. The results were not very different from the “Tembleque recipe” search. All the recipes I looked at used cornstarch. The comments under some of the recipes had questions about substituting cornstarch with tapioca starch, but no solid answers could be found.

This left me with no choice but to just try it myself!

The Tembleque recipe I was ultimately most satisfied with is as follows (based on JoGuzman0820’s recipe):