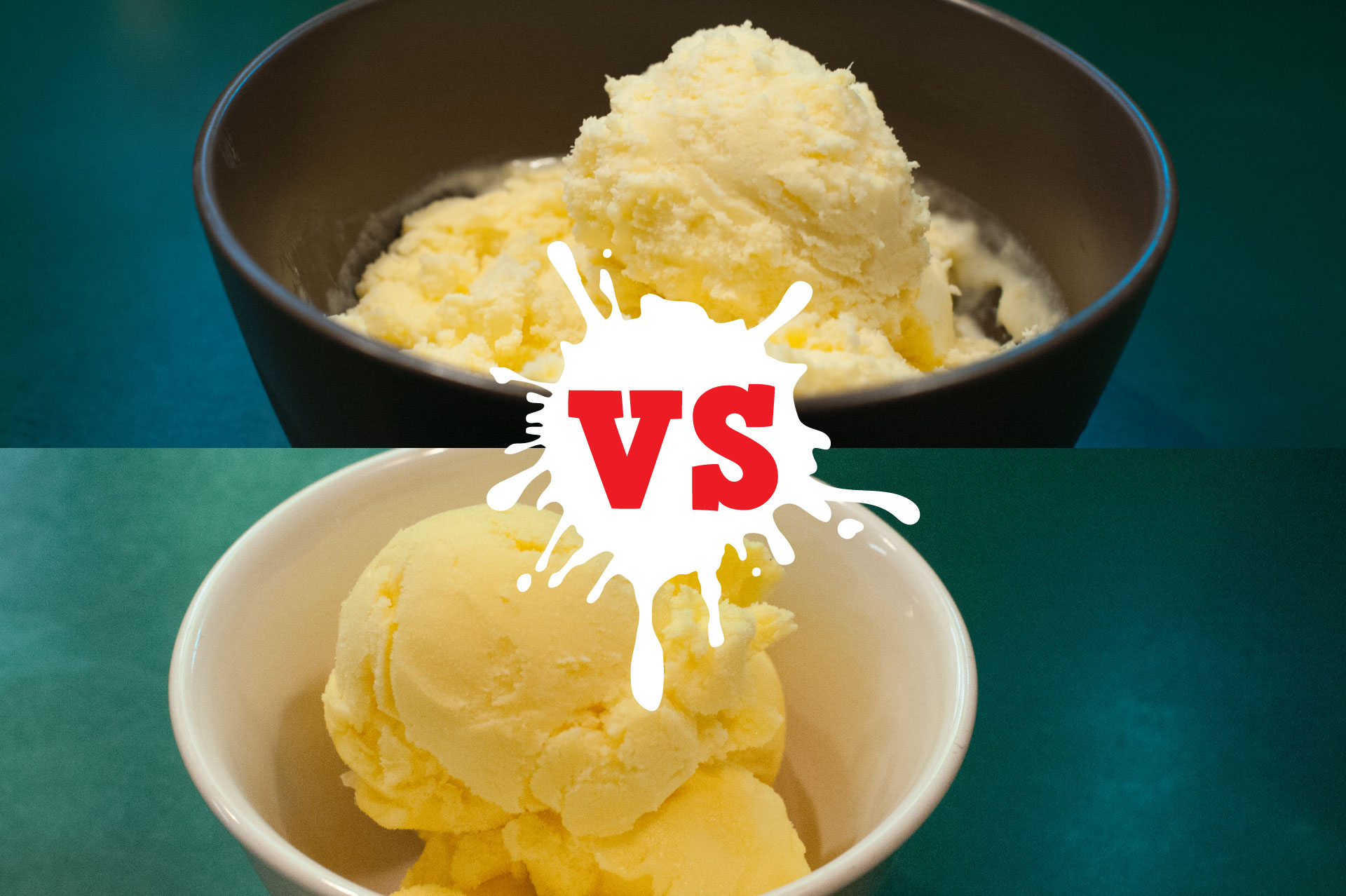 I’m always looking for ways to use egg whites especially after making something like Thomas Keller’s Caramel Ice Cream. I know, I can always just throw it away…but it feels like such a waste! My default thing to do after accumulating a lot of egg whites is making angel food cake but that can get pretty old pretty quickly. Thus, searching for egg white recipes (and no, an egg white omelet just won’t cut it for me) is something that is approximately a bi-monthly activity for me. When I came across this mango ice cream recipe from Genius Kitchen by ChrisMc which uses egg whites, I was thrilled and really anxious to try it. I also tried a regular mango ice cream recipe by Fany Gerson which I found on the Food Network website to compare and contrast.

Both recipes are super simple and have very few ingredients.

With ChrisMc’s recipe I was a little unclear as to how stiff the egg whites should be beaten. It just said to, “Beat egg whites until frothy, then gradually beat in sugar.” I just took a guess and beat it to a soft peak, but what I should have done was to check other sherbet recipes with egg white because they all say to beat to a stiff peak. Oh well.

ChrisMc’s ice cream froze in the ice cream maker a lot faster than I’m normally used to. I’m assuming the egg whites had something to do with it. Not complaining in that department. The part I was disappointed about with this ice cream recipe was the taste and the texture. It kind of tasted like heavily beaten heavy cream (like when you over-beat heavy cream past a nice whipped cream and it is starting to become butter). The texture was also like heavily beaten heavy cream but frozen. I don’t know, maybe I churned it too long in the ice cream maker, or maybe it’s because the egg whites were not beaten to a stiff peak, or both? Alas, the taste wasn’t good enough for me to want to experiment with it.

Fany Gerson’s recipe was super simple, and there was no ambiguity. Unlike ChrisMc’s recipe, this recipe calls for fresh mangoes. I was lucky enough to find some, as Northeast USA is not exactly known for fresh mangoes. There is definitely a difference in the taste between fresh and non-fresh (frozen or pureed) mangoes, and it certainly made a difference in this ice cream.