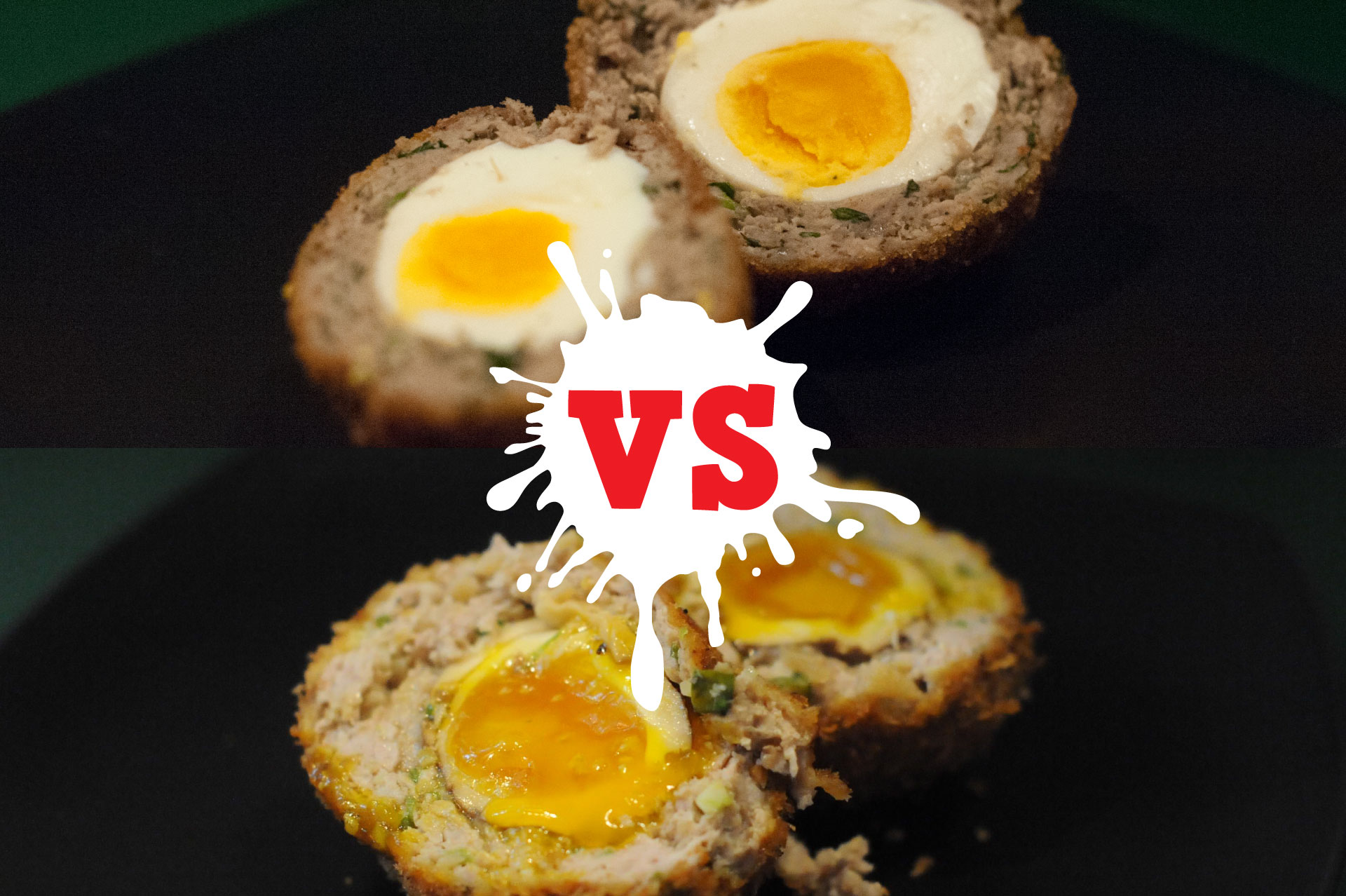 I had never known what Scotch Eggs were until I saw a Mind of a Chef episode with April Bloomfield. Sausage and egg, breaded and deep-fried? You just can’t go wrong!

However, instead of making her recipe featured on PBS, I opted to do an “authentic” version of Scotch Eggs. According to Wikipedia there are several theories about where Scotch Eggs originated from. Fortnum & Mason, a London department store, claims that they invented it in 1738. So, I set about finding a recipe and found the “Fortnum and Masons Authentic Scotch Eggs with Sausage and Herbs” recipe by French Tart on Genius Kitchen. There is no backstory on how this recipe was obtained or whether this is indeed the real thing, but I figured I’d give it a shot. The other recipe, which I recently happened upon while browsing Flipboard is by Tim Anderson featured on GoodtoKnow and is a Japanese-inspired recipe which won first place in the 2018 Scotch Egg Challenge. Well, we can’t not try an award-winning recipe like that!

Right off the bat, I saw a problem with French Tart’s recipe. “225g good quality sausage meat”. Sausage meat can taste vastly different depending on where it came from, and I had this same problem with another recipe way back when, so at the time I searched around for a good sausage meat recipe. After several failed attempts and tweaks, I came up with the following recipe which I found works well as a basic sausage meat. Enjoy!

Aside from the sausage, everything else seemed pretty self-explanatory with French Tart’s Scotch Egg recipe. I don’t particularly like hard-boiled eggs, so I was a little apprehensive about doing a hard-boiled egg but I followed the recipe nonetheless. I didn’t realize that cooling the egg right away after boiling prevents the gray ring from forming around the yolk. A good tip to remember!

Tim Anderson’s recipe is certainly Japanese-inspired since the meat reminded me of gyoza dumpling filling. The recipe calls for “menma bamboo shoots” which can be hard to find in a non-Asian supermarket. Traditional menma is bamboo shoots that have been dried, lactic acid fermented, and then pickled in a brine. I could keep eating jars and jars of these things so it can get expensive. As a cheaper and quicker alternative I often make a menma-like dish with canned bamboo shoots. Basically, I saute bamboo shoots with honey, then add some soy sauce, sriracha sauce (all about equal parts or to your liking), chopped red chili peppers (dried or fresh–I like Thai bird chilies), and sesame oil. Let it cool and shrivel up a little and it’s done!

Both Scotch Eggs were good in their own way, but somewhat too different to compare. The meat in Tim Anderson’s recipe reminded me too much of gyoza and it was like eating dumplings without the skin. In my opinion, the best combination would have been to put the egg from Tim Anderson’s recipe with the meat from French Tart’s recipe. I definitely liked the soft-boiled egg better, and soaking the egg in the Lapsang Souchong (smoked Chinese black tea) gave it more depth. I’m not sure if using Panko or regular bread crumbs really made a huge difference, but I think it is a matter of preference.