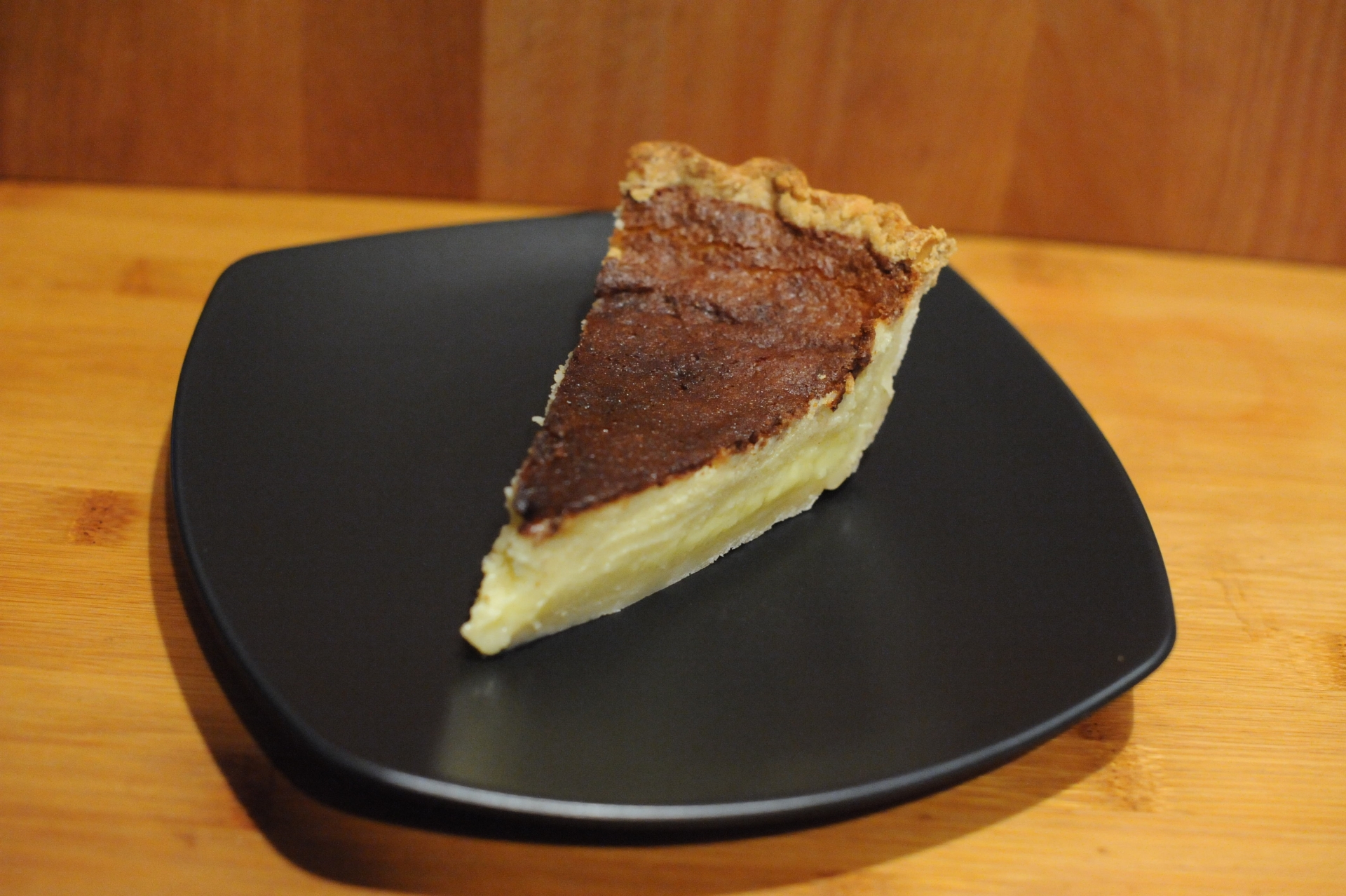 Until very, VERY recently…I’ve misunderstood the size of my pie tin. And I’ve had that tin for quite a few years now. Every time I made pie, I wondered why I seem to never have enough pie dough even if I rolled it out super thin. Most pie crust recipes won’t even tell you what size it’s for because it assumes you have a standard pie tin. I bought my pie tin at a clearance some time ago, and it’s the only pie tin I ever had, so I just assumed it was standard.

So, my pie tin measures 8.5″ at the bottom and 10.5″ at the rim. Quite a bit bigger than the standard size. Since I’ve failed a lot at making pie crusts, I decided to go with the King Arthur Flour Classic Double Pie Crust Recipe and use it to make a single crust. It was pretty much the perfect amount for my larger than normal pie tin.

Getting to the buttermilk pie. The reason why I decided to do this was because after making Thanksgiving turkey with the buttermilk method, I was left with quite a bit of unused buttermilk and I didn’t want it to go to waste. This recipe is from Genius Kitchen by thefensk.

I’ve had quite a few pie crust failures, especially blind bakes. Don’t even get me started on those. But I thought I’d give this King Arthur Flour recipe a try, and it did turn out pretty nicely. The dough was easy to handle, and it came out looking and tasting good. I generally don’t like vegetable shortening so I used refined coconut oil instead. The refined stuff doesn’t add a coconut flavor so it makes for a great vegetable shortening substitute.

The buttermilk pie has very few steps and is extremely easy but there were a few key points that made the recipe a little unclear.

One was, “Beat the butter and sugar together until light.” This is melted butter and sugar, so it’s not like regular butter and sugar which does become light and fluffy after being beaten for a little while. I beat it for quite a while and it was kind of a sandy texture. Maybe they meant “light” as in a light color? Either way it didn’t get “light” no matter how much I beat it, so I just went on to the next step and added the eggs. Then it started to look more promising.

The other thing that was unclear was whether the pie crust should be blind baked or not. The ingredient list just says “1 deep dish pie shell (either your own recipe or storebought)”. I’ve never used a store-bought pie crust before so I don’t know if they are partially baked or not. I assume not?? Many times a custard pie will use a blind-baked pie crust so that the bottom is baked. Since this pie bakes for 60 to 70 minutes total, I figured maybe it is meant not to be blind baked. I think it turned out pretty well, but I just may blind bake it the next time I make it again.

I have never made or had buttermilk pie before so I didn’t really know what to expect. The color came out a deep brown so it scared me a little, but inside was a delightful custard. I thought it might be like eating a custard pie, but because of the buttermilk it was like custard with a little cheesecake-ness to it. If you like cheesecake and you like custard pie, you will like this pie.

One little complaint I have with this recipe is that the sugar was a little much for me. And I have a major sweet tooth. I think next time I will reduce the sugar from 1 and 1/2 cups to just 1 cup.