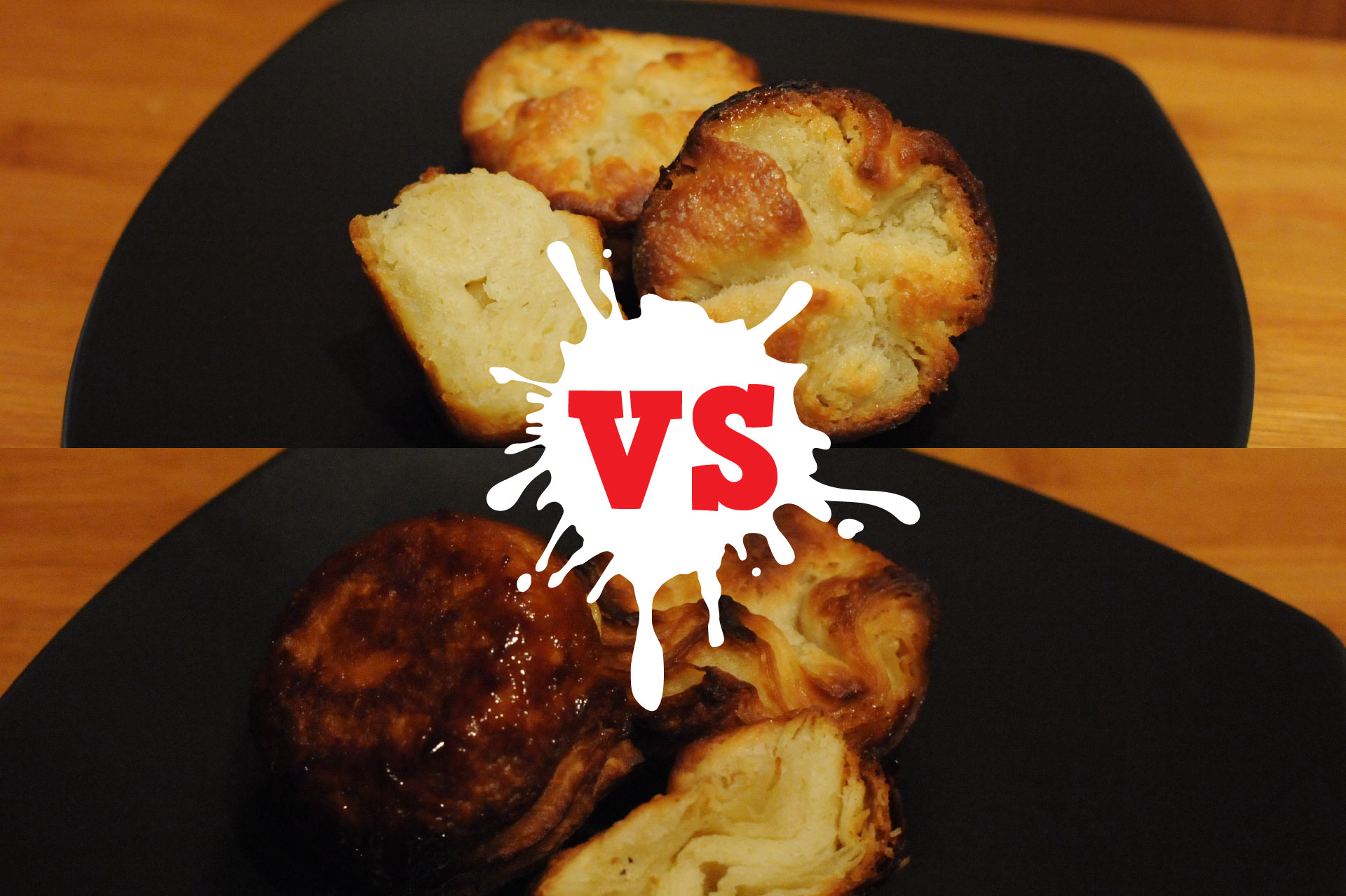 The first time I ever heard of Kouign-Amann was on the Great British Baking Show (or Bake Off in the UK). On the show they were made in a muffin tin, but traditionally (at least according to Wikipedia) it is a large cake that is served in slices. In the Breton language, “kouign” is cake, and “amann” is butter. Well of course, that makes perfect sense.

I set out to find a recipe, tried it, wasn’t happy, tried another one, wasn’t happy, and finally settled on something I made up after my experience with both of them.

The first recipe I tried was from the Tasting Table. The second was from ChefSteps. Both recipes say that making the Kouign-Amann is not easy. But I was up for the challenge. Or so I thought. I was knee-deep in Kouign-Amann and there was no turning back.

I gathered that this is basically a croissant dough that’s been infused with sugar and salt to make a sweet-salty caramelized layered pastry. The ChefSteps recipe even lists the ingredients as 1 Croissant Dough, 200 g Sugar, and 20 g Salt.

First, let’s look at the preparation of the dough.

With the Tasting Table recipe, the dough is pretty standard: heated milk, yeast, sugar, salt, flour. The ChefSteps croissant dough recipe is the same except the liquid component is water instead of milk, and there is no salt.

Tasting Table instructs to toss the butter in a mixture of flour, sugar, and salt, beaten into a rectangle with a rolling pin, and then chilled. The ChefSteps recipe instructs to beat the butter in a mixer with the paddle attachment with sugar, flour, and salt. This initially sounded like a good idea, but trying to spread the butter mixture on parchment paper was not as easy as it theoretically should have been. The butter kept sticking to the spatula and was not very spreadable.

Next is enclosing the butter.

And this is where it got interesting…

Tasting Table‘s recipe tells you to enclose the butter with the dough, sprinkle the work surface with sugar as you normally would with flour, roll out and fold the dough into thirds, three times. I read and reread the directions to make sure I didn’t miss any step about putting the dough in the fridge in between folds, but the only thing it said was to work quickly. Unless your home is as cold as a freezer room, the butter is going to start getting sticky…and it did. Between the softening butter and the sugar melting, this was one hot sticky mess.

At least with ChefSteps, it told you to chill between rolls and folds. However, I suspect that because of their method of enclosing the butter, the dough got too thin and the butter started to come out as the dough was rolled out. It got so bad that there was butter all over the work surface and rolling pin.

And finally the sugar/salt bit.

Now…here’s the deal. I baked both of them as instructed, and while Tasting Table‘s actually came out looking quite nice, there was no lamination. It was like eating a buttery muffin. As for ChefSteps…it told me to take them immediately out upside down on to a cooling rack so I tried…but it got super stuck. I haven’t experienced that kind of sticking in a long time. Are you ready for the carnage that happened? 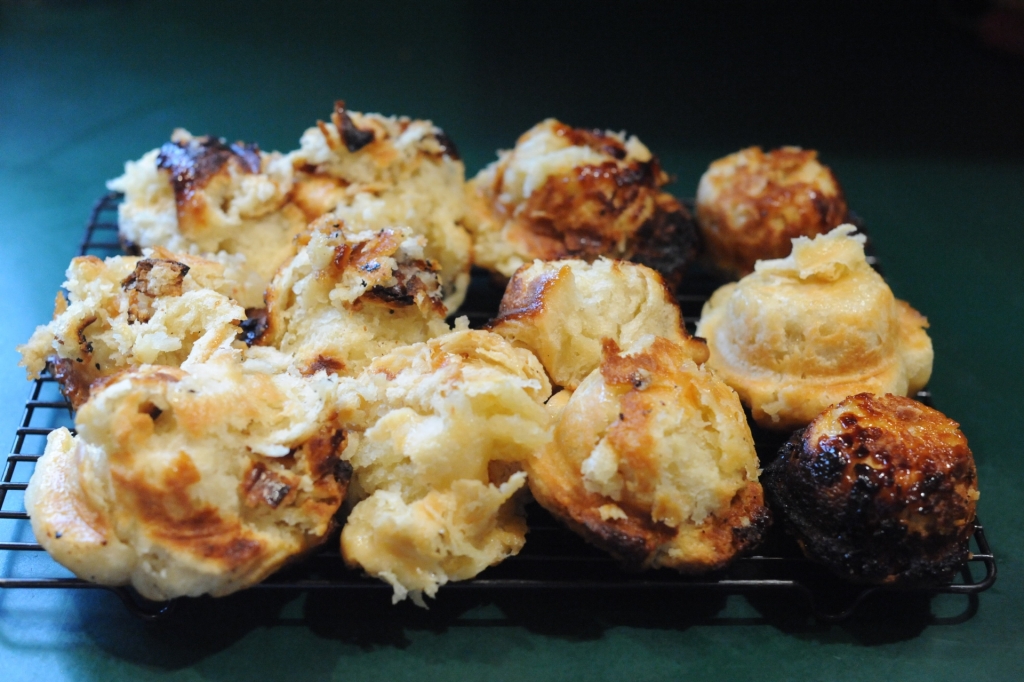 Yeah…it’s not pretty. Thing is though, it tasted good.

However, I wasn’t about to just abandon my Kouign-Amann project without a triumph, so I set about doing my own thing. I made the croissant dough from the Sourdough Croissant recipe I had success with before and took elements from the ChefSteps recipe. The resulting recipe is as follows. I’ve tried this twice already and haven’t failed yet. Enjoy! 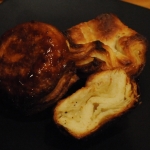 This is a recipe I came up with after some experimenting and trying other recipes. The croissant recipe comes from Robert King's Sourdough Croissants recipe from breadcalc.com.