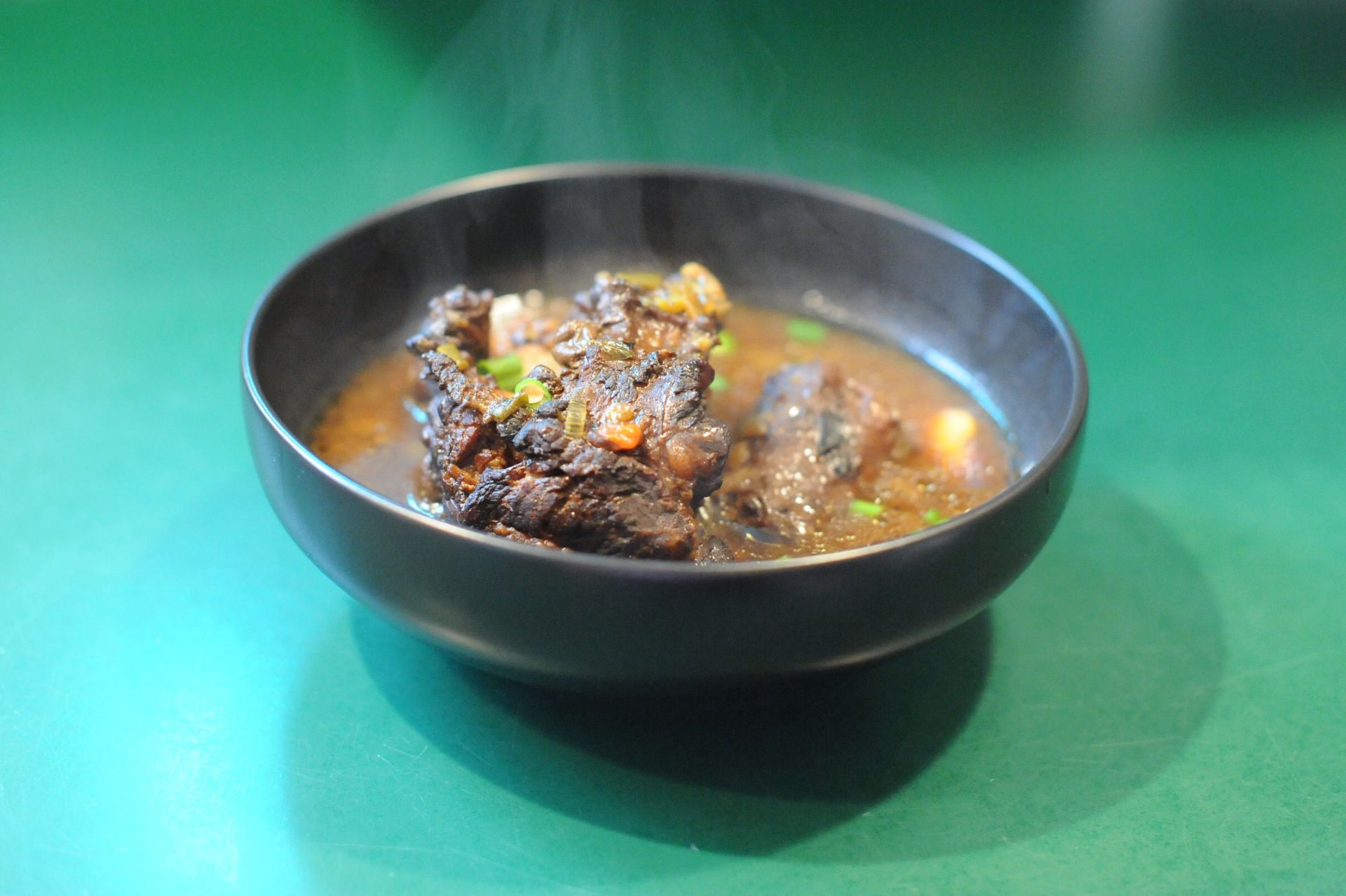 I was fortunate enough to find oxtail in a separate section at the local supermarket. It was pre-cut, shrink-wrapped, and frozen. The problem is, I only had one of these shrink-wrapped packs (about a pound-and-a-half) and as soon as I embarked on the recipe I realized I needed twice as much oxtail (calls for three pounds). I still charged on and made do with what I had.

After seasoning the oxtail “aggressively with salt and pepper” (I like that! Aggressively!) the directions tell you to heat brown sugar in a dutch oven until it darkens and starts to smoke. Whoa, hold your horses! I decided to use my plain cast iron dutch oven and not my enameled one–from past experience, anything that requires you to heat something up until it smokes is not good for enameled dutch ovens. Le Creuset has a wonderful lifetime limited warranty on their enameled cast iron cookware, but if you do this and the enamel chips it may not be covered by the warranty. Just sayin’, before you chip it and cry.

I very much enjoyed the gingery taste and the complex flavors in the liquid and the oxtail. The meat was falling off the bones and it was such a joy to suck all the cartilage from the bones. The butter beans added a nice volume to the dish and it soaked up the delicious liquid. It’s easy to eat up all the beans and be left with just the liquid, so when I reheated the leftover stew, I threw in some stale bread in a bowl and poured the stew over it. Yum!