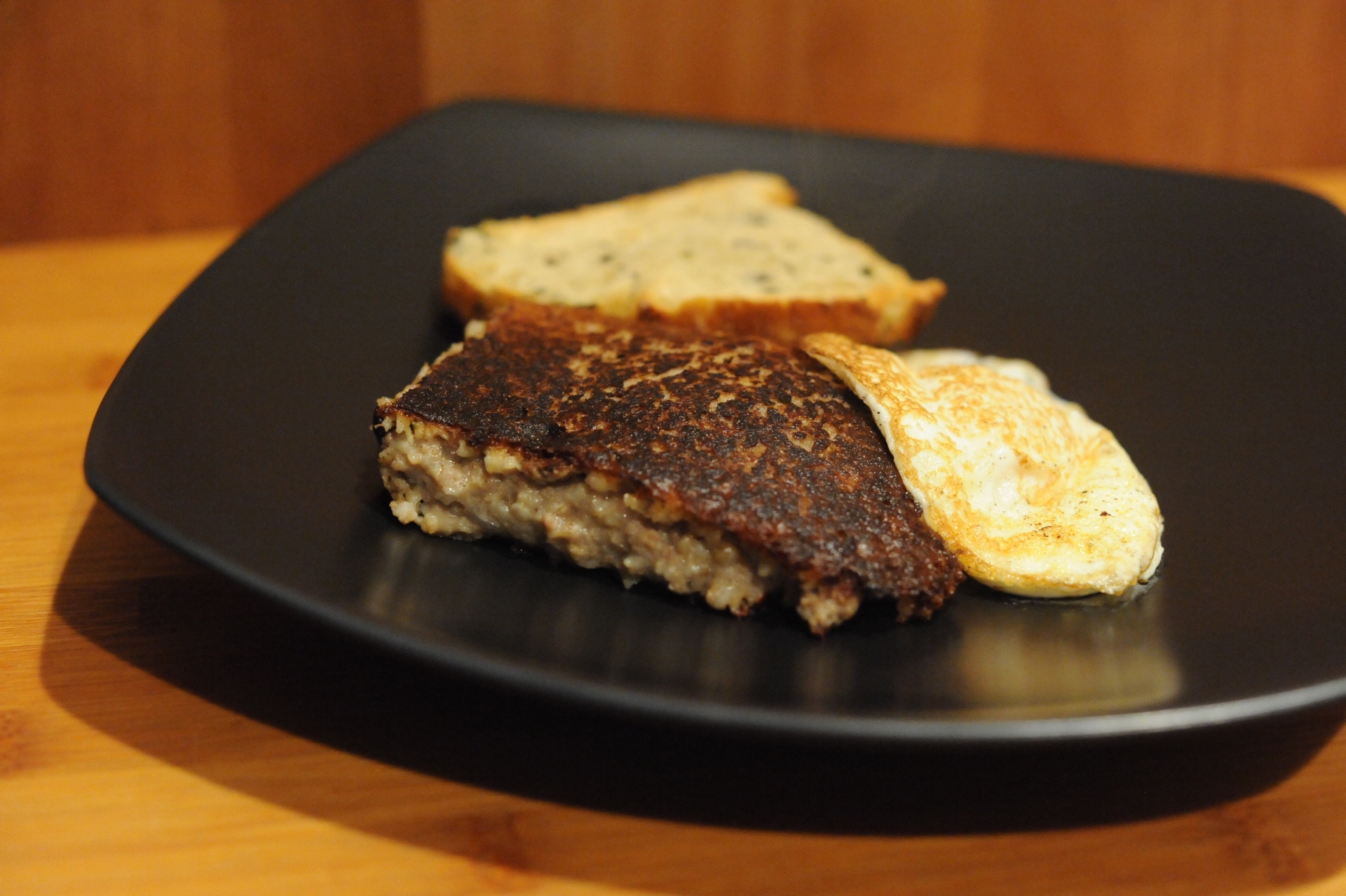 My first experience with Goetta was when a friend cooked it up for breakfast one time. I learned that it is a Cincinnati specialty, and her husband’s father who is from Cincinnati apparently brings back loads of it whenever he visits. I was blown away by how good it was and wanted more, so…of course I had to set out and find a recipe.

After trying several recipes, I was not happy with a few key aspects.

One was that the recipes just say “sausage” or sometimes just plain “ground pork”. Plain ground pork just doesn’t cut it, and I don’t like depending on store-bought ready-made sausage because the taste can vary by brand or store.

Two, the generally accepted method for making the patties does not set you up for success.

And finally, many recipes don’t even tell you the very critical piece of information for successfully frying these things!

For the sake of argument, let’s take this recipe by Diana Adcock on Genius Kitchen. This is a pretty standard recipe and the instructions are pretty bare. Cook the steel-cut oats in water, salt and pepper. Mix in the meat, onion, and bay leaves and cook more. Most of the recipes I have seen instruct you to pour the mixture into a loaf pan, let cool, and then slice. This is where things get messy and a little frustrating. It’s not like slicing into a normal meatloaf because the texture is rather crumbly/slimy. Ok, crumbly/slimy sounds awful but I couldn’t come up with a better way to describe the texture. What ends up happening is, as you are slicing it kind of pours down into a mass.

My solution? Put parchment paper on a large baking sheet and pour the mixture in. This way, after it’s cooled you can cut them into neat rectangles and pick each slice up with a spatula. Far less messy. I also like to wrap and lay them on a large baking sheet to freeze. When you want to have one for breakfast you just take one out of the freezer, unwrap, and throw it right on to a pan. Which takes me to…

Frying. Most recipes just tell you to fry it in oil or butter. This is the second part that can get really frustrating because if you don’t wait long enough before flipping it over, it will fall apart. I found that the key is to heat up the pan hot enough so that when you put the patty on it will sizzle. This will start it off on a good step to making that delicious fried crust. I like to heat up the pan on medium-high and then once the patty is on there, turn it down to medium-low and set a timer for 7 minutes if frying a frozen one, 4 minutes for a non-frozen one. Then flip and fry the other side for another 7 minutes (or 4 if not frozen). This way you get that nice crispy fried crust and the inside is thoroughly heated up.

So, after many failed attempts, I present to you my Goetta recipe which at least for me, put an end to Goetta failure. Serve with an egg and a slice of bread or potato latkes. Delicious!